Let's Party! Turn UP your music loud because we're about to have a good time! 🎶


Since I love music, going to concerts and dancing so much, I decide to make a bit of a different post than my usual fashion looks. The idea came to me when I was scrolling through all my photos of 2016 and noticed just how many concerts I've been to. Las Vegas being the entertainment city of the world, you can never have too much fun, so I've decided to round up my greatest nights of 2016 with the best live music there ever is. Enjoy! 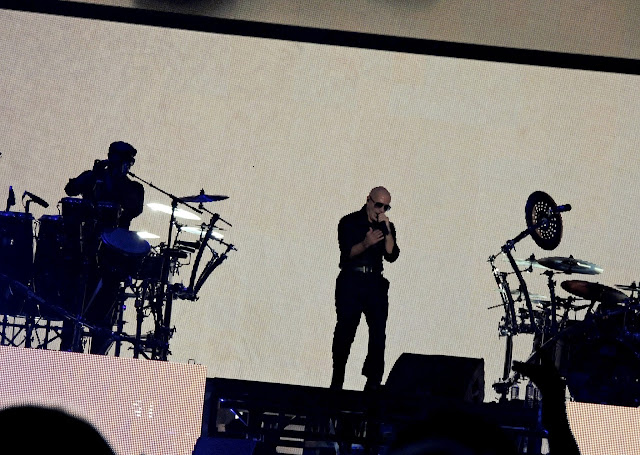 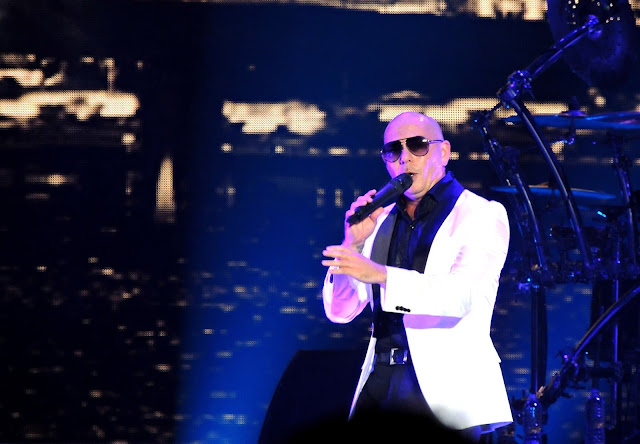 2016 started off with a BANG thanks to Mr. Worldwide who left his mark in Vegas in a big way. He knows how to get any party started and finish it in a way that you'll always remember it. Just know, if you ever go to one of his concerts, comfortable shoes are a must because you'll be jumping up and down all night long (he's contagious). This was my lucky third time going to his concert and I would go a hundred more times because the energy, music and fun is all so high. 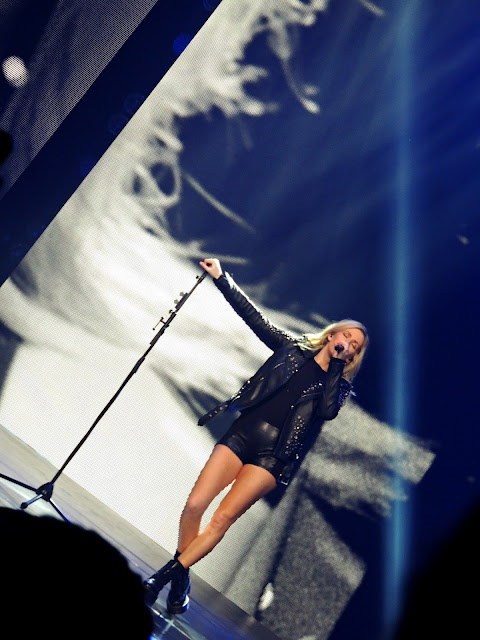 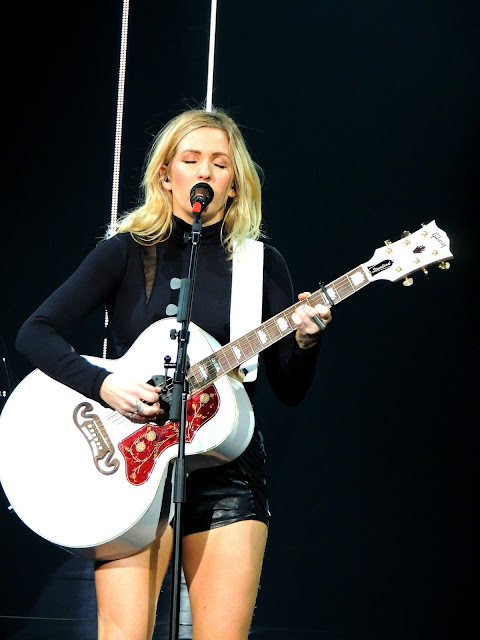 This concert is still "On My Mind" because it was on my list of concerts I really wanted to see ( for a long time) and when I finally did, I completely surrendered to Ellie's music. What made it even better was that I was closer to the stage, so I could really feel the music and the passion coming from her. It was an incredible night! Writing about it takes me back (a huge smile on my face right now 😊).
I even recreated one of her looks in a previous post, which you can see here: Ellie Goulding Style Inspiration 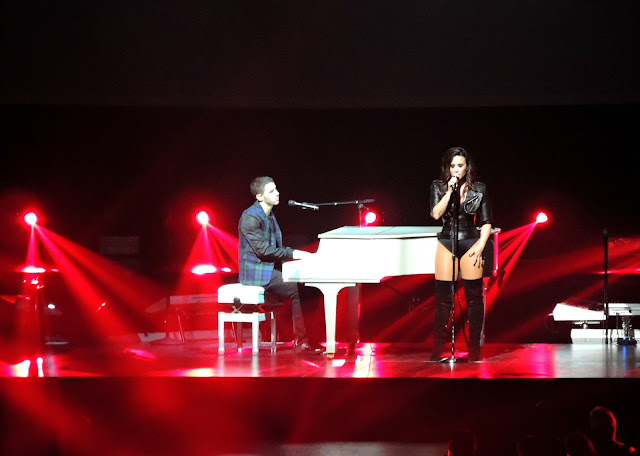 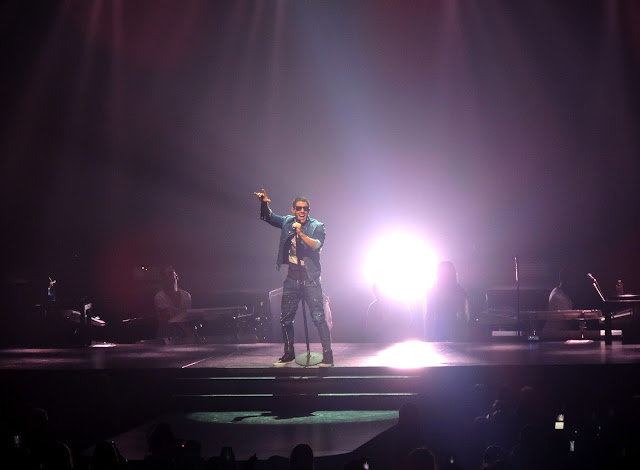 I've seen them perform before (when they were much younger), but this 2016 concert was on another level. You could tell how much more mature and professional they've become in their field. I loved seeing that growth and the way there wasn't a dull moment throughout the whole show. Great old songs were mixed with the new hits that I enjoyed way to much (my seat was my dance floor- LoL!)
If I could go back in time and relive this concert (not only in my imagination), I would totally do it.
To see more photos and a fierce style look, head to my "What's Wrong with Being Confident?" post. 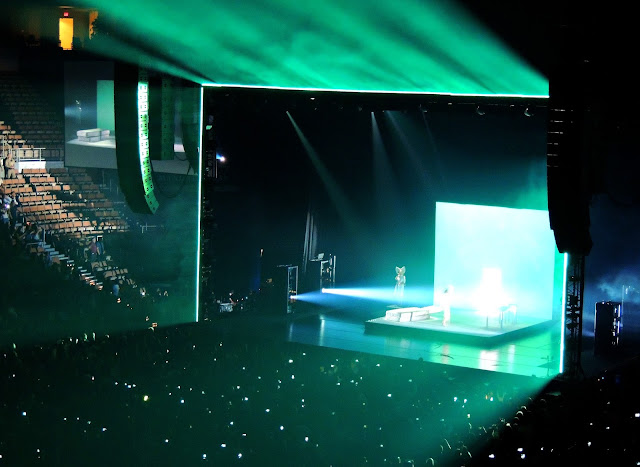 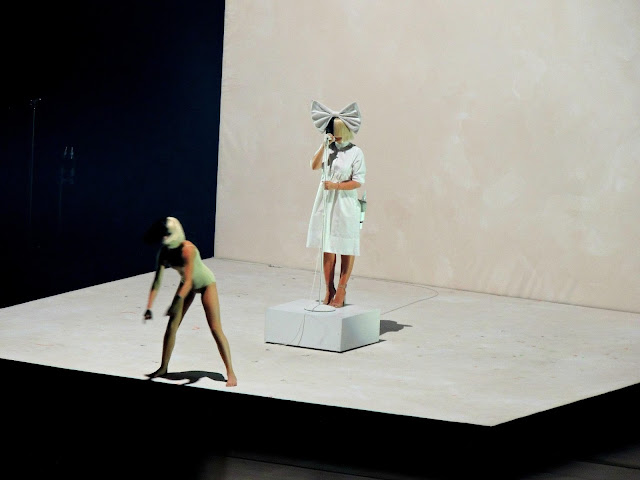 Sia was a unique experience because it was like a theatrical performance where she sang to the side and the dancers told the story in each song through dance and acting. Truly unlike anything else I have seen, where you're caught into the emotion of every word, move and sound. Her voice was so powerful, I bet you could hear her outside, on the Strip. It was magical, she really was "The Greatest". 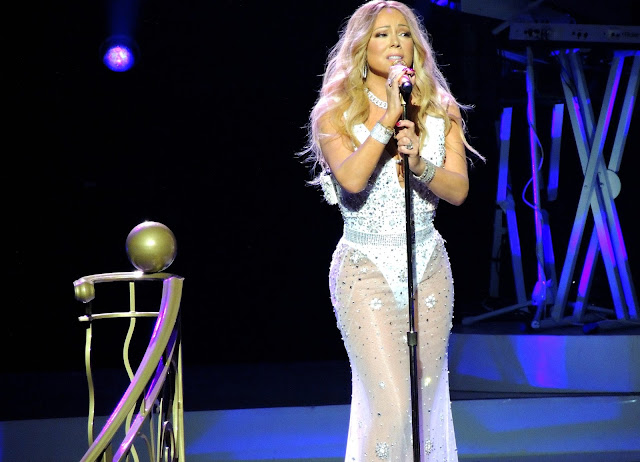 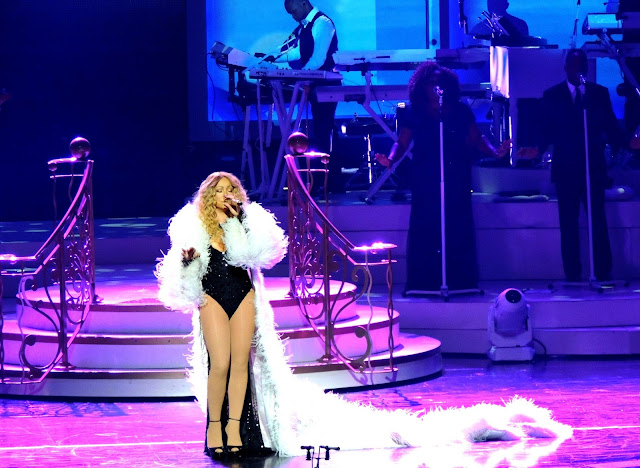 With so many residency shows in Las Vegas, I want to be able to see them all, so in 2016 I was determined to see Mariah Carey's "#1 to Infinity" show at Caesar's Palace. I liked the elegance, the changed set of each performance and hearing the always great oldies like " We Belong Together". Plus, everything she wore was jaw-dropping from Louboutin heels to crystal made diamond dresses and playsuits. 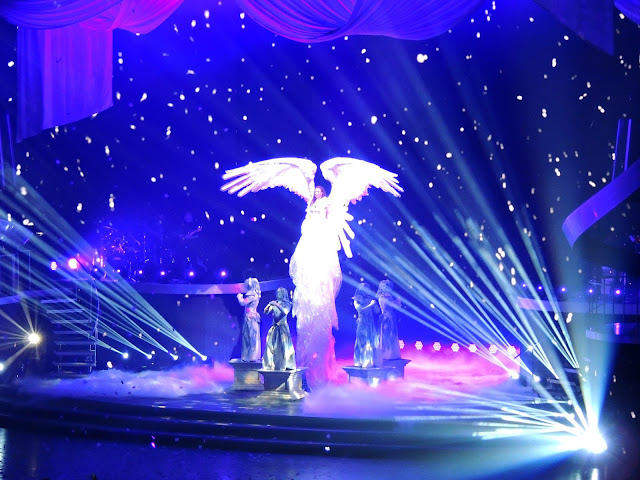 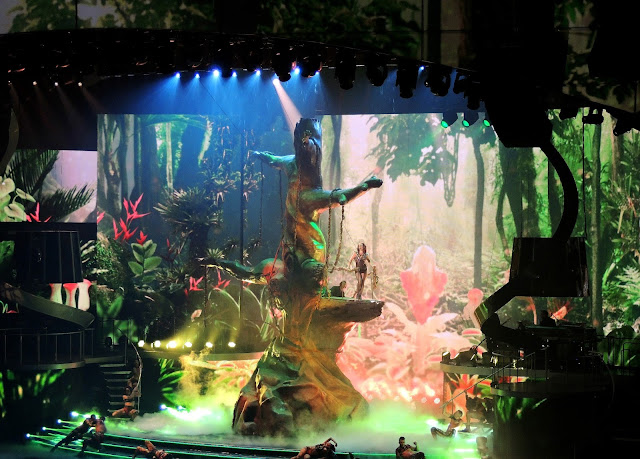 At the end of 2016 I got to see "Piece of me" for the second time, which I'm so grateful about because I've been a Britney Spears fan since I was little (watching MTV in Bulgaria, trying to figure out what she's singing about). Hers was one of my first cassettes ever that I used to play over and over again. Seeing her live and hearing all the best hits was a dream come true. This show is a must see!

This was the best year of the greatest concerts I went to. I'm looking forward to 2017 for lots more artists that I'm dying to see. Who would you love to see in concert and what has been your favorite concert so far?  Share it all with me in the comments below. Let's keep this party going!

Have a wonderful day. 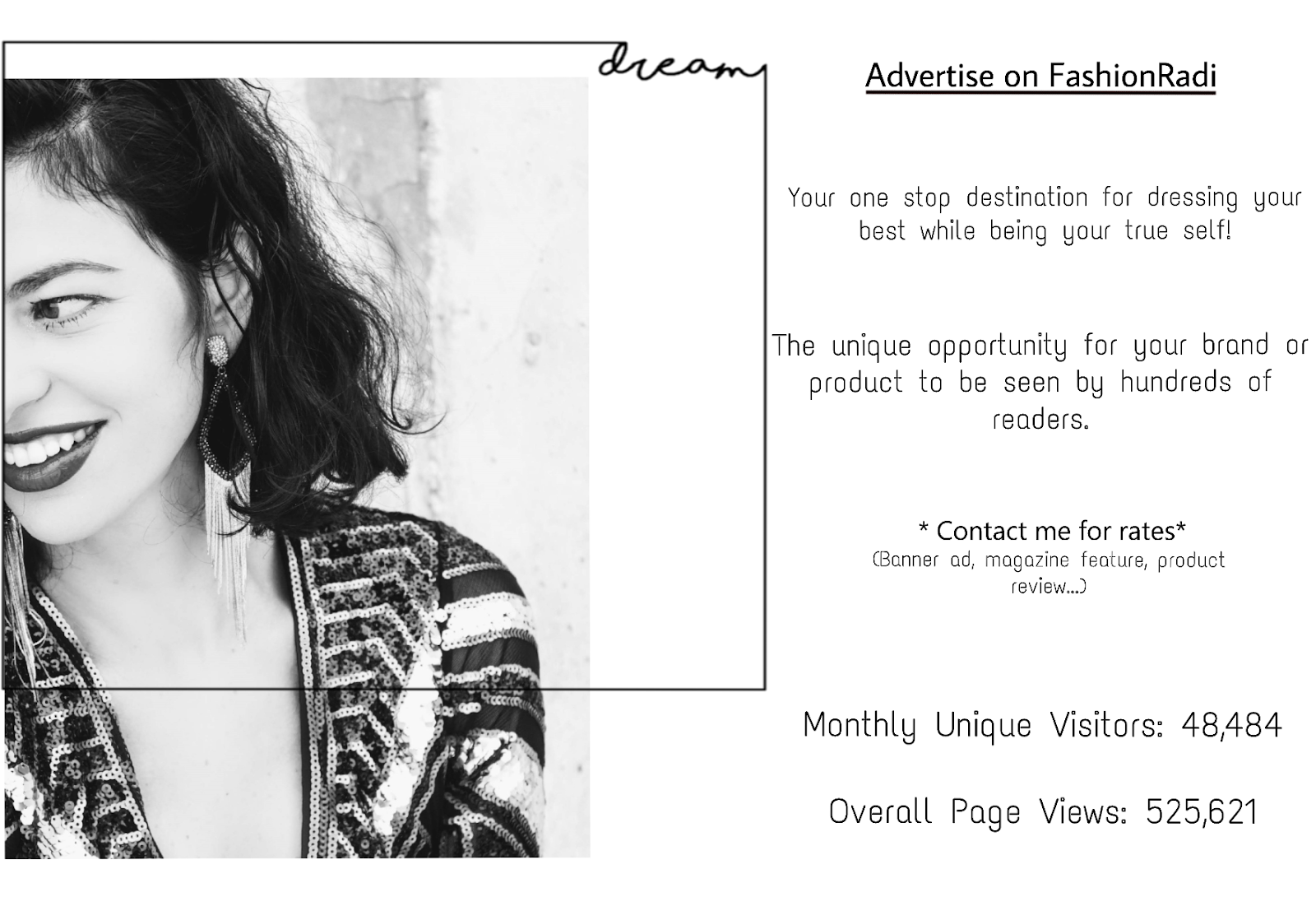 Popular posts from this blog

ESSENTIAL UNDERGARMENTS FOR EVERY WOMAN! 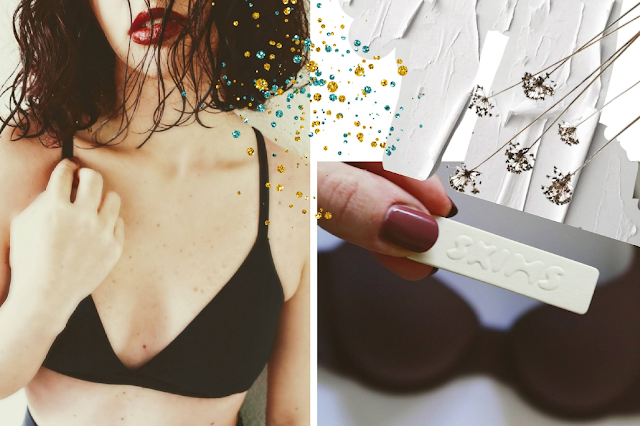 What matters MOST to you...the outside or inside of a person? If I had to choose one, I would definitely go with what's inside. Is the heart tender and kind, loving and sweet?

In that sense, I know what we notice immediately is the overall appearance of a person, clothing, shoes, accessories, hair. We don't see the undergarments, but to me they're just as important as the rest. Soft, yet sexy pair of bra and panties can skyrocket your confidence and make a difference in your day. How many times have you woken up excited to wear your new underwear? Me - every time!!! The feeling is special. I think every woman would agree with me when I say, we appreciate what's underneath.😉

Having fallen in love with the quality and comfort of SKIMS undergarments, today's post is inspired by Kim Kardashian's brand made for every body and every woman. I'm completely impressed by it, happy to talk about a few essential undergarments, which I find make dressing …
Read more 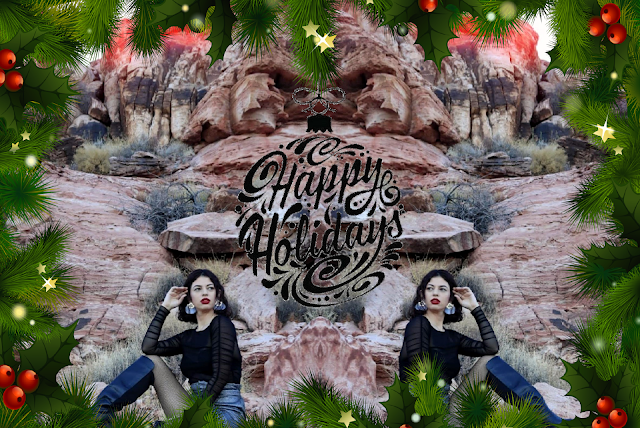 Let's get into the HOLIDAY spirit!!! 🎄

I'm starting off a series of blog posts all made to excite us and get us into a festive mood this time of year. Today it's all about the glam outfits, each one made to party because I know this is the season of attending parties from work related gatherings to family Christmas dinners. So I've got style ideas and tips to help you pick an outfit appropriate for each type of event and mostly give you the confidence to walk into the room and have an incredible time. Are you READY?

When it comes to holiday parties... let's just say they are my specialty,hahaha because I love socializing, drinking (shhhh), dancing, laughing and I always having a blast deciding what to wear. That being said, you're in great hands! Just read until the end of this post, gather outfit ideas that suit your personal style and clear some time for a bit of online shopping. 😁


If you're planning to get together with …
Read more

BLACK FRIDAY DEALS FOR EVERYONE! 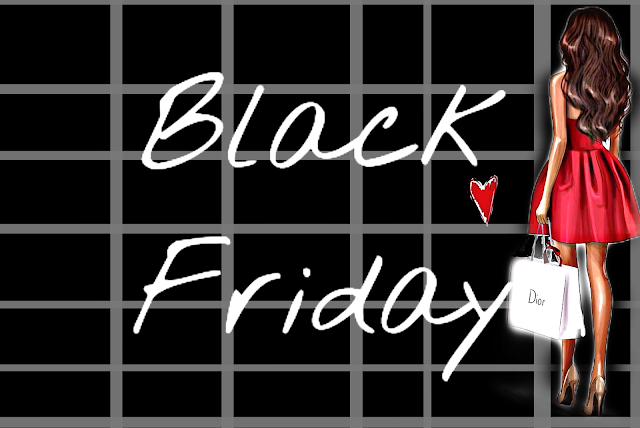 Woooh-ahaaa! Black Friday is nearing, so is Cyber Monday, and that only leads to shopping and more shopping! 🙌 It's the best time to catch the sales and hopefully finish your Christmas shopping earlier. We all know this can take a lot of our time because we don't want to forget anyone on our list or make a present that isn't well thought out or fits the personality of the people we're shopping for. So here, I've got your gift ideas for the fashionista, the guy in your life, as well as the home and beauty lovers. Mark your favorites and let the spirit of holiday shopping BEGIN!

My sister, for example, is a total home lover. Gift her anything pretty and useful for her home and she would die a happy lady, hahaha. There are so many gift ideas out there for those people in your life that appreciate an aesthetically pleasing and cozy space where they can relax and unwind. Here is a list of some of the treasures I found:
1. Globo Trellis Pillow
2. Fleur de Se…
Read more

FashionRadi
Contact: radib6@yahoo.com Welcome to my happy place! A place where I can fully express my love for fashion from day to day outfits to special occasion styles. All the inspiration that you need to feel confident, beautiful and stylish from head to toe. Plus, combining just the right touch of glam through endless fun and sparkly accessories. All the things that a girl really needs, so follow my blog and come along with me into a fashion world where anything and everything is possible. It'll be a blast! 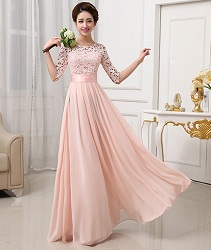